React Native vs Flutter: Which One To Choose For App Development? 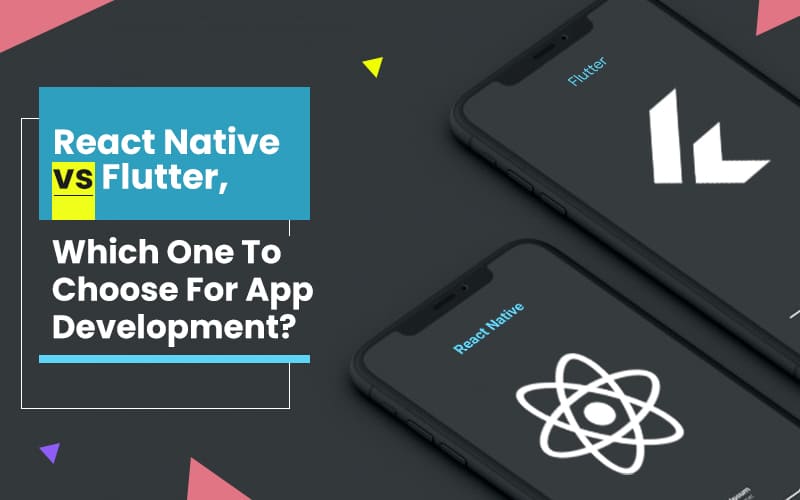 When it comes to building an app for your business, there’s always the question of which platform to use to get the maximum customer involvement. To remain competitive in the industry and keep up with the current trends, many businesses are developing mobile applications. We’ve spoken about the differences between Flutter and React Native app development to clear things up for you.

The discussion between Flutter vs React Native continues, as both technologies have some of the best choices for mobile app development, web development, and cross-platform app development. You won’t believe global mobile app profits will rise by more than 365 billion dollars in 2023, as per Statista. Massive, isn’t it?

As the total number of users on the Apple Store and Play Store Market continues to rise at a breakneck pace, more and more companies are striving for a piece of the action by introducing the next game-changing service. Do you have an excellent idea for a mobile app for your company? But you’re stumped as to which technology to use?

In this blog post, we’ll compare two prevalent development technologies. Keep reading to learn what you need to know about two of the most popular technologies available in the market: Flutter app development and React Native; also, you’ll be able to say which is the best option for your business plan? By the end of this blog!

Flutter is a user interface software development framework built on the Dart object-oriented programming language. The system comes with two sets of entirely customizable widgets that take into account all important platform variations, so there’s no need to search for additional resources to create a nice-looking GUI.

Flutter is also an improved UI toolkit that allows developers to build cross-platform apps using a single codebase. It allows Flutter developers to create a versatile and expressive user interface with native efficiency. Besides that, a team of Google engineers and the entire flutter community have contributed and sponsored it.

What are the Advantages & Disadvantages of Flutter App Development?

As we discussed the advantages of flutter for app development, now let’s move forward and discuss some cons of flutter.

What apps are developed using flutter?

Despite the fact that Flutter is a comparatively recent framework, Flutter for app development has been used to build several groundbreaking smartphone applications. Many of them made significant changes in marketing, banking, e-commerce, and other fields. So, let’s have a look at a couple of them:

What is React Native?

React Native is a cross-platform framework for developing native apps that Facebook released in 2015. It is built on the React platform, which is based on JavaScript. React Native is helpful in creating mobile apps that use JavaScript and have the same architecture as react applications. JavaScript is employed by React Native. It works with the bridge principle, which allows native and JS threads to communicate.

What are the Advantages & Disadvantages of React Native App Development?

Apart from Facebook’s products, there are a number of other well-known companies on the catalog of React Native App Development like:

We just took a close look at both technologies. Let us now compare these technologies based on a variety of factors. So let’s dive in! 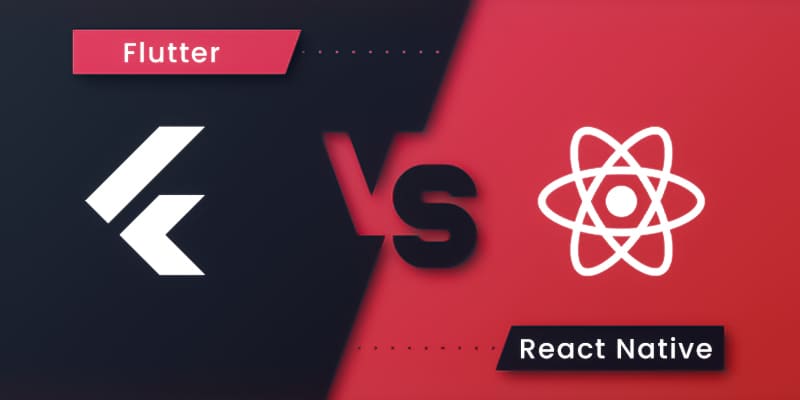 From a business standpoint, we described essential elements to consider when selecting an app development framework. So take a look!

The plethora of mobile app development company that have sprung up in recent years have proven their ability to produce projects on schedule. React Native has remained one of the most vital collaborators for all of them. This system shortens the time it takes to create a mobile app, improves the user experience, and speeds up project creation.

When comparing React Native and Flutter, it’s worth noting that Flutter is recent and takes a long time to develop projects, particularly if we’re talking about this platform in this context. React Native comes with ready-to-use components that help developers speed up creating mobile apps without causing too many issues.

Flutter is simple to use and implement, allowing for greater versatility and scalability. With each update, Flutter developers note small upgrades in the personalized widgets and features. It enables developers to build applications that are highly scalable. Besides, for critical native interfaces like NFC payment, biometric data, and Wi-Fi, React Native has extensive API support. Geolocation, Wireless, and Wi-Fi interfaces of devices using applications are also supported.

To interact with UIs that must be made, React Native uses JavaScript connectors. Additionally, Objective-C APIs and Java APIs are required for mapping on IOS and Android, accordingly. In comparison to React Native, Flutter does not depend on the platform’s APIs. It has a library of components that developers can use to create interactive UIs, and all of the required plugins are contained in a single toolkit. Another advantage of Flutter is that it has a canvas function that builds user interfaces that are nearly identical across all mobile platforms.

Flutter eliminates the need for design, style, and data segregation. Instead, it allows developers to code anything from a single location and gives them access to all of the necessary resources. Even so, code sharing for Flutter-based apps is currently restricted to Android and IOS only. Besides, React Native’s code structure is more complicated than Flutter’s. However, third-party libraries exist that allow you to exchange code between Android, IOS, and Windows OS and between web applications.

From assistance for integrated development environments (IDEs) to community support, it’s essential to consider whether the cross-platform app framework you select has everything you need. React Native is perhaps the most general framework on Stack Overflow and is accompanied by a large community. It was released as open-source on GitHub in 2015. It has a significant following and has remained relatively stable since its inception. Flutter is a relatively new platform, but it has grown in popularity in recent years, with a significant rise in community participation.

Both approaches are very close at their source. They design the user interface in a declarative manner and are very versatile, allowing the developer to use various methods to handle the application’s structure. Plugins are used to gain access to computer features.

The Flutter architecture has a layered architecture that allows for complete configuration as well as fast rendering. The C++ engine runs perfectly, and the majority of the components and critical functionality are built-in. Besides, React Native has a one-way data flow, and the application’s state can indeed be saved in a central location called Store, allowing the application’s elements to be as stateless as feasible.

So, as we have done with the comparison, now let’s move forward and discuss when and for what you can do with flutter app development or react native app development.

When to choose Flutter App Development?

You can choose flutter for app development when:

Flutter is a valuable platform for small companies and entrepreneurs. It’s ideal if you need an inexpensive app development tool that allows you to see a live preview of improvements made to the app, so use it if you need to create an MVP quickly.

Some other key points!

You can choose to react native app development when:

In terms of complexity, support groups, and other factors, Flutter and React Native App Development each have their own set of advantages and disadvantages. It is entirely up to you and your developer to choose which framework you want to use. Flutter is a Google UI toolkit; it contains all of the necessary development tools in one spot. However, we can’t even say the exact for React Native. The majority of third-party libraries can be found on external resources. Finding the appropriate materials for your app can take a long time at times. React Native, on the other hand, has a greater audience than Flutter. 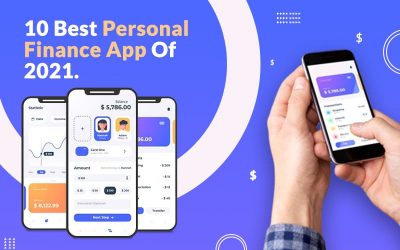 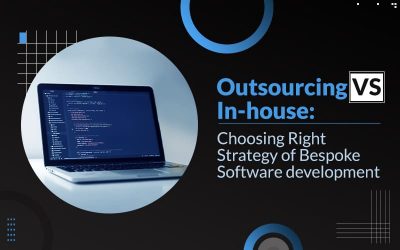 Outsourcing vs In-House: What to Choose for Bespoke Software Development 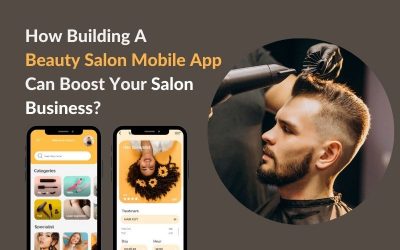 How Building A Beauty Salon Mobile App Can Boost Your Salon Business?